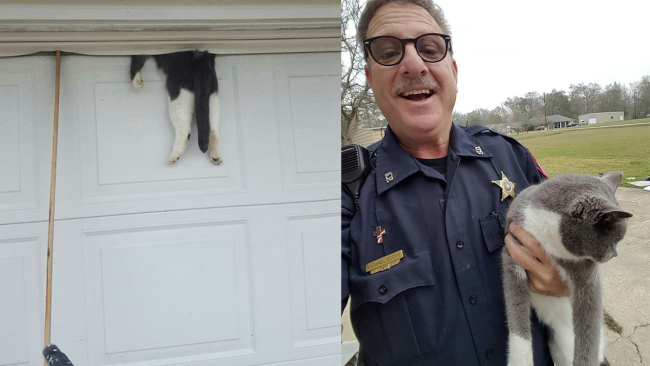 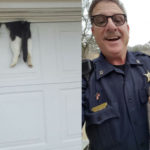 Deputy Mike Scott was called to a home where an animal was reportedly stuck in the residence. He arrived on scene and discovered several neighbors and construction workers at the house trying to help.

Scott and the other people removed the upper frame molding and were able to get the cat out alive.

(Courtesy: Ascension Parish Sheriff’s Office) ASCENSION PARISH, La. ( WCMH ) — A veteran deputy in Louisiana came to the rescue of a cat who was stuck in the top of a garage door. Deputy Mike Scott was called to a home where an animal was reportedly stuck in […]