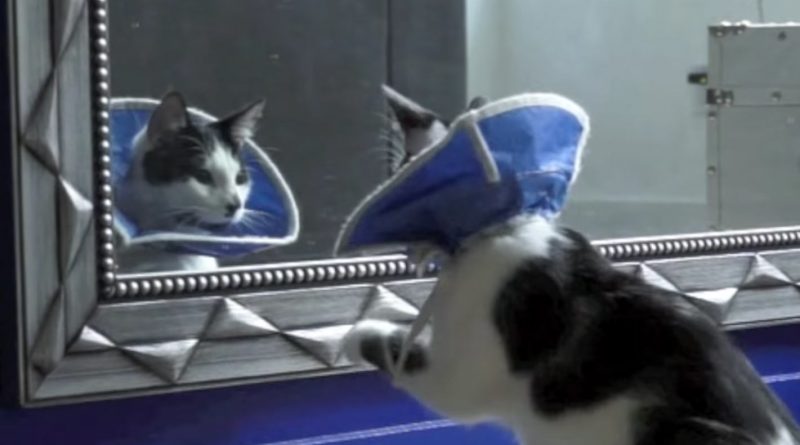 Poor kitties! These five cats have made the best out of a bad situation. 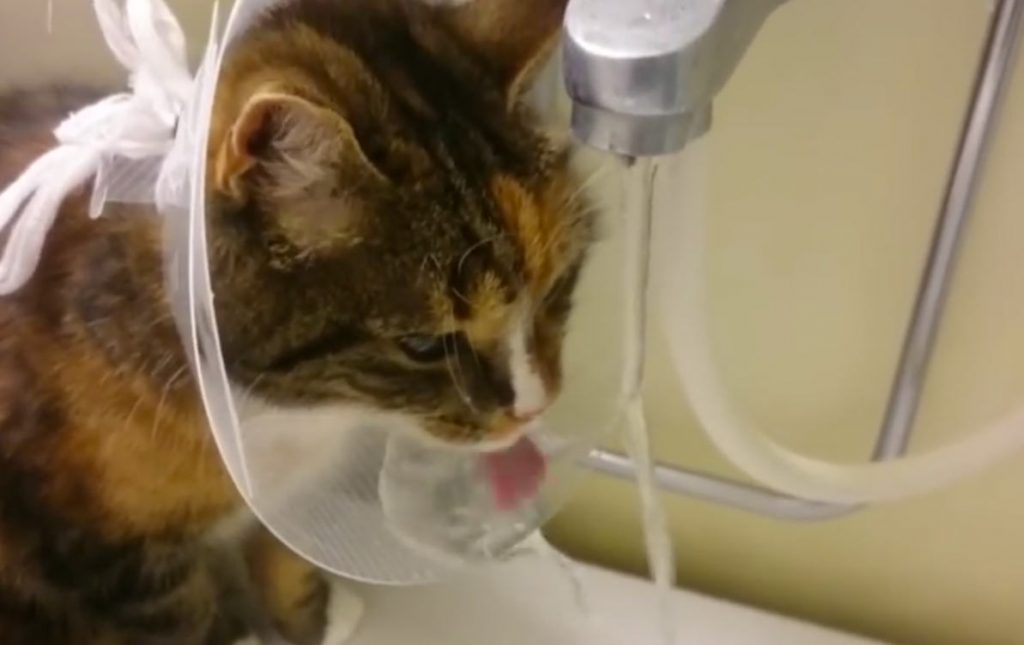 Mine is a three-year-old female and she knows how to make the best out of a bad situation.  (Yes, her name is Mine.) 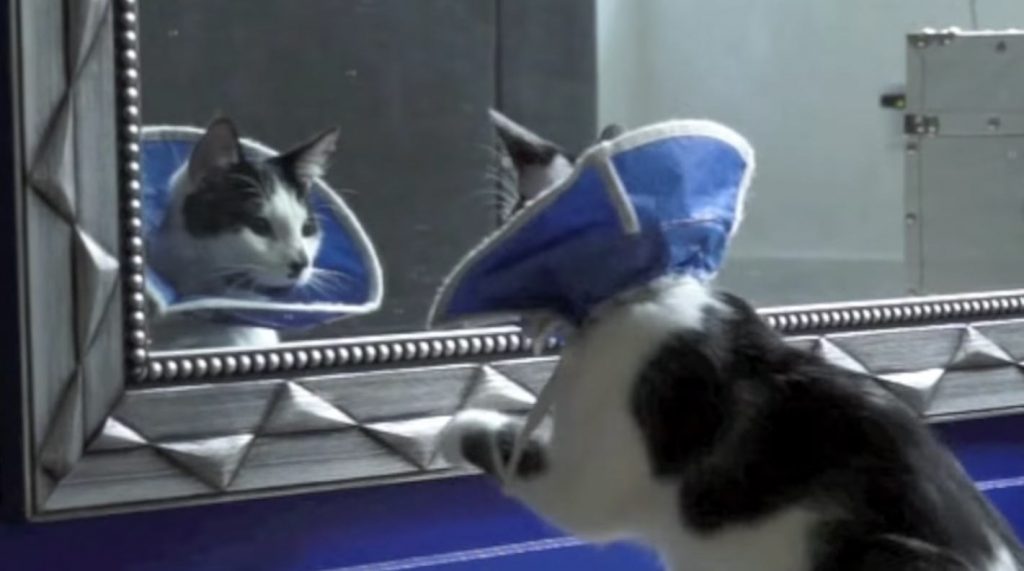 Kodi cannot believe his eyes. Still woozy from the anesthesia, he comes to terms with all that has been lost: his manhood and his dignity.

Then, he slays the cone. 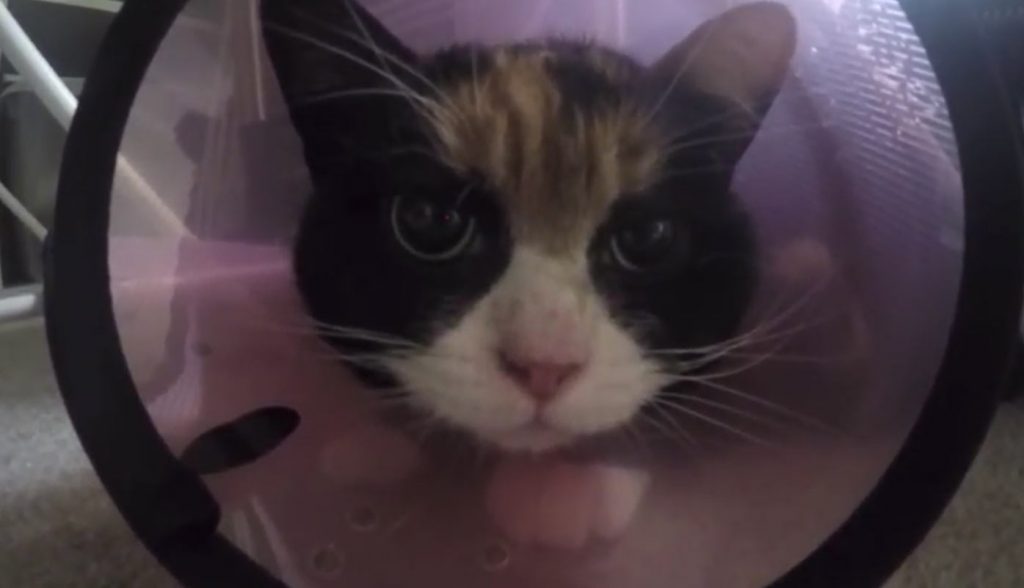 No one hates the cone more than poor Dana. She had a lump removed from her leg and is still wobbly from the anesthesia. She has never hated her human more than she does at this moment.

Eventually, she tolerated the cone a bit better, but not for the filming of this video. There is no sound on the video which probably means her human didn’t think her screaming “get that f****** camera out of my face!” was appropriate for all audiences. 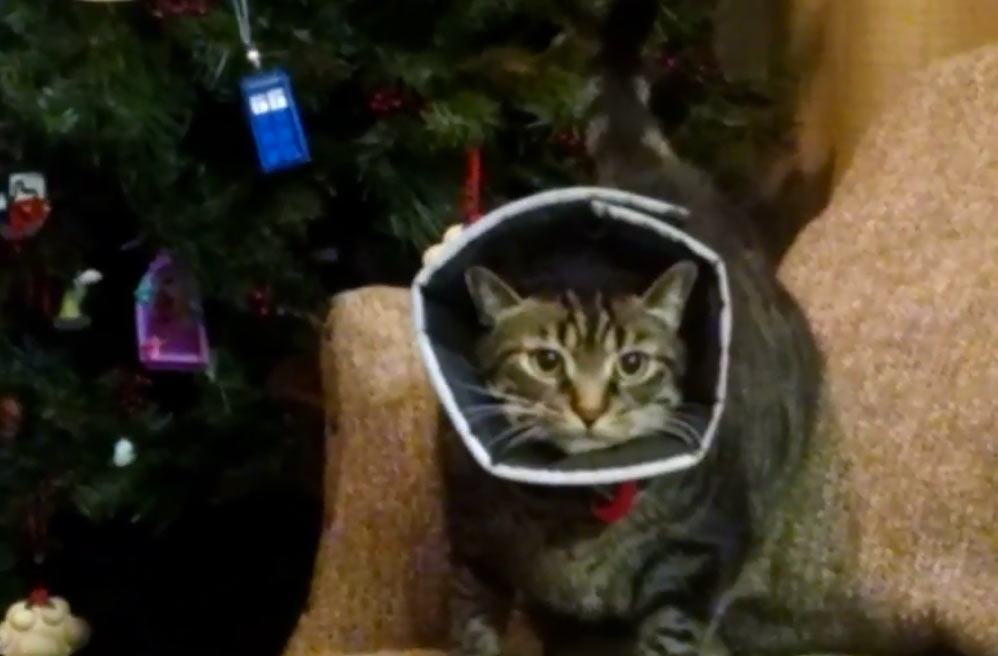 “And a fine Merry Christmas to you!”

Santa got this little angel something that he said was, “for your own good, I promise.”

Yeah, I have a few choice words for Santa. 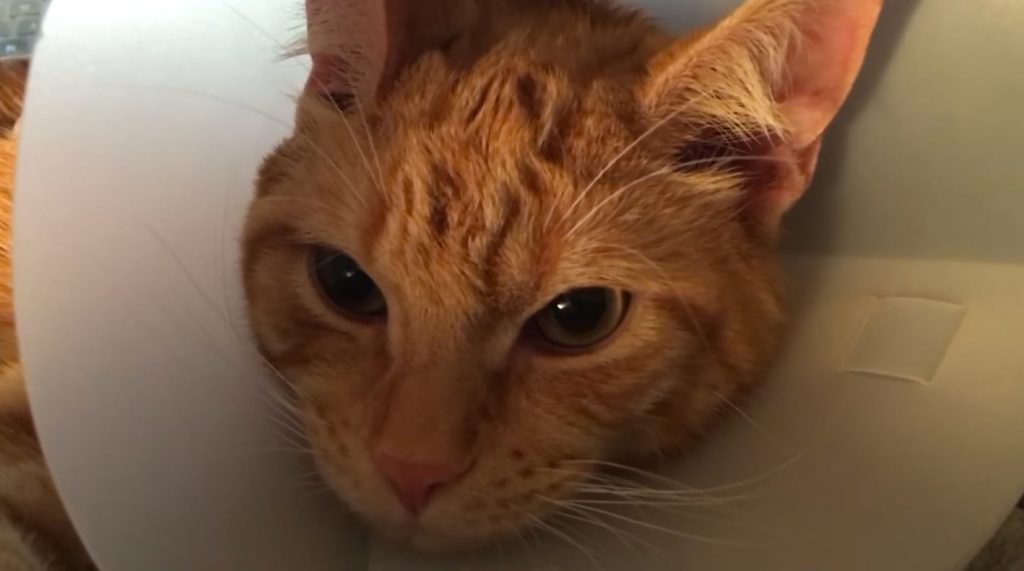 Ollie wears the cone like a the champ he is. His humans think he must have stepped on an exposed dryer wire or something like that. He thinks his humans are so dumb that they’re trying to turn him into a flower. But, he forgives them.

If you have any cone of shame videos or photos, please post them in the comments section. And, if you’re the proud owner of one of these lovely kitties, please post an update on how they’re doing.