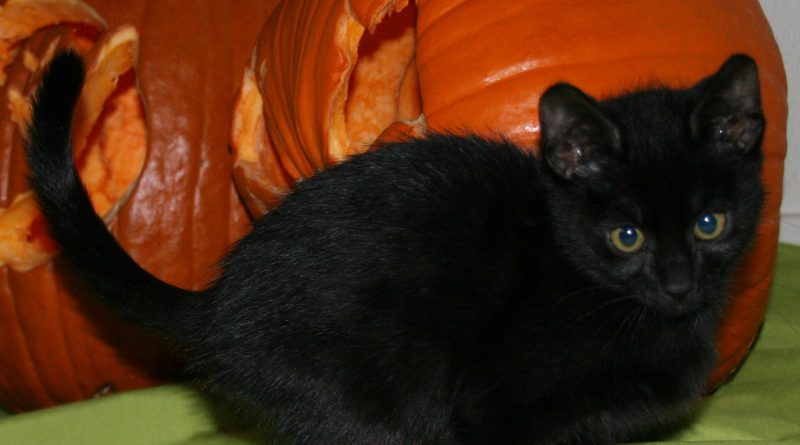 Scapegoat? Goat? Who blames a goat for anything? These stories illustrate how often cats are blamed for nearly anything. Read on and let us know which of these stories you think are legit.

DIVORCE: It was the cat! 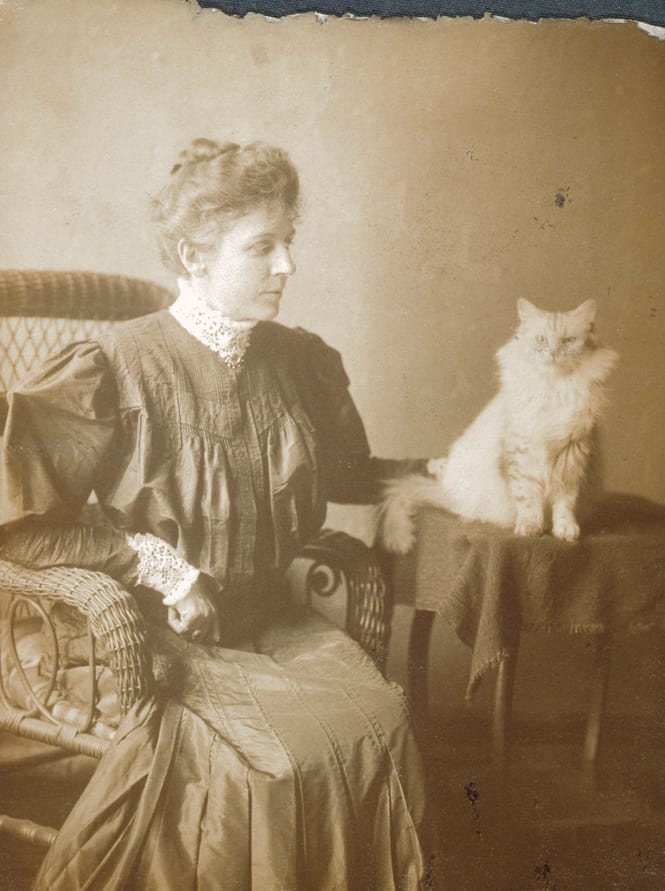 Prior to the adopting of no-fault divorce laws which began in 1969, married couples couldn’t get a divorce without blaming someone. Often, the family cat or cats.

As cats became popular household pets around the late 1890s, they also became popular scapegoats for love-gone-wrong, often cited as grounds for divorce. As more newspapers carried stories of cats and divorces, more divorces cited cats as the fulcrum.

The San Francisco Call reported in 1903 that Henry Colson of Somerville, Massachusetts filed for divorce. The article reads, “A cat met him at every turn… an angry “pst” and a chorus of blood curdling “mews” greeted his every move.”

In 1913, California’s Lompoc Journal ran a story about a man granted divorce who was upset that his wife’s cats prevented him from occupying his favorite chair.

In 1927, the Madera Tribune reported a St. Louis woman sought divorce from her husband because “she did not mind her husband’s profanity but it was too much when he heaved the family cat at her.” 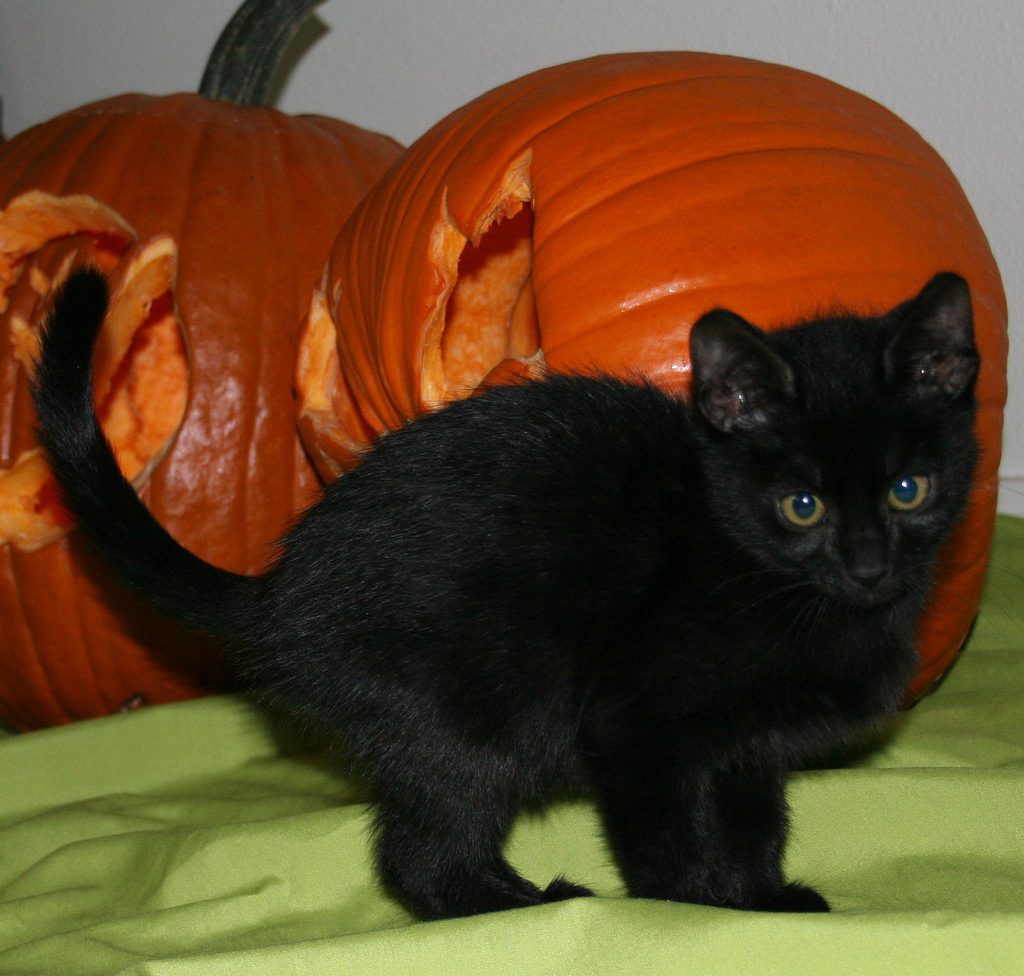 TAINTED HALLOWEEN CANDY: It was the cat!

CBC News of Manitoba reported in November of 2016 that two teenage girls found syringes in their Halloween candy. This parental nightmare quickly dissolved as the police’s thorough investigation of evidence led them to a comical culprit: a family cat.

The unused insulin syringes were in a box. The cat knocked the box over and two syringes fell into the bowl of Halloween treats.

Although the police were certain the incident was not malicious, the cat exercised his right to remain silent.

FLOODING: It was the cat!

In June 2016, Florida Humane Society President, Carol Ebert blamed a 6-month-old kitten for flooding their facilities and racking up damages estimated to be around $5,000.

Although volunteer, Terry Arbour admitted he was not not certain which cat was responsible, and perhaps collusion was involved, he and other staff members were quick to point fingers at the feline who allegedly “liked to play in sinks.”

ATTEMPTED MURDER: It was the cat!

The Daily Mail U.K. reported in May 2014 on an alleged murder attempt in Pittsburg. Emergency crews rushed to the scene when neighbors complained of smelling natural gas.

Patrick Bookout was conveniently out of town for the weekend while his apartment filled with gas. His upstairs neighbors called 911 Monday morning when they woke to the smell of natural gas.

Cookout immediately blamed his cat, Bugera saying, “He runs out of food because he’s a little piggy and he hops up on the fridge. When he jumps up, he has to hit the stove, he hits the burner and it’s on.”

Neither Cookout nor Bugera admitted any animosity towards the upstairs neighbors.

DRUNK DRIVING: It was the cat!

Cleo Raharuhi of Nelson, New Zealand blew more than 6 times over the limit for drunk-driving after being pulled over for erratic driving. Another driver alerted police after he saw her veering onto the wrong side of the road, hitting curbs, traffic islands and driving up onto the footpath while pedestrians and other drivers yelled and honked their horns.

While Raharuhi would not tell the police exactly how much she had been drinking, she blamed the crazed driving on her kitten, Blue. “My driving was because I had this kitten in the car with me,” she said.

At least she didn’t say that the kitten was driving.

The last two get the A.C. eyeroll… Puuuhlease.

OPENING A BOTTLE OF LUBE: The cat did it!

While on trial for statutory rape, criminal sex acts and child endangerment, Richard Hovan blamed his cat for an open bottle of lube that was clearly visible in the photographic evidence of the crime. “My cats open the fridge, they open the cabinet — all those things. I don’t know.”

POSSESSION OF ILLEGAL PHOTOS OF CHILDREN: The cat did it!

Yes, I’m trying to not use the “P” word. If you want to know more about the details of the story, feel free to click the link below. What I will tell you is that when Keith Griffen of Florida was charged in 2009 for having a tremendous amount of disgusting photos on his computer, he told the police that he had no knowledge of the illicit images and his cat’s habit of sitting on his keyboard probably caused the downloads.