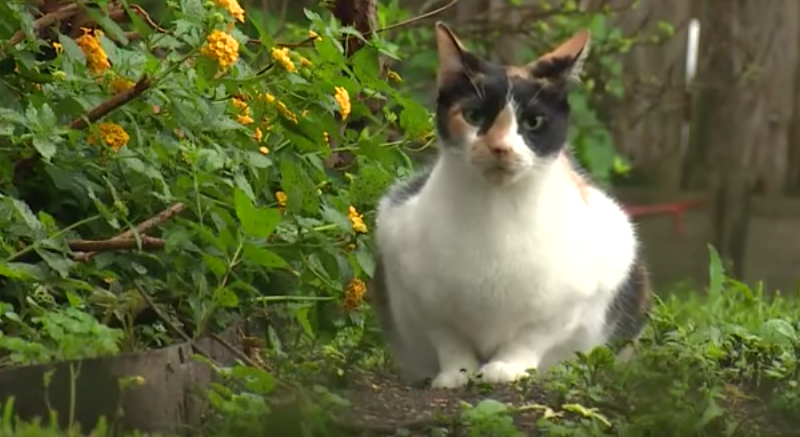 Scientists and historians say we’ve been sharing space with domesticated cats for nearly ten thousand years. It’s no wonder we’ve become attuned to one another. After all, we share the same animal class — we’re mammals! But beyond these shared “mammalian” traits (warm-blooded vertebrates who nurse their young, among other things), many pet owners agree that there are deeper connections between cats and humans, indeed, a kind of symbiosis.

Perhaps that’s why cats are so adept at noticing the subtle changes that occur when we begin to get sick. Although scientific studies on the subject are scarce, anecdotal evidence shows that cats have been known to sense diabetes, migraines, depression, and even cancer. Not only that, many cat owners say their cats prevented them from having a serious attack (i.e. heart attacks and seizures).

This week’s article will detail two cases of cats sensing diabetes in their owner.

A cat’s sense of smell is about 14 times stronger than humans. In fact, evidence suggest that cats can smell biochemical changes in the human body that occur when certain diseases are present. These changes can subtly alter a person’s fragrance.

A Houston father says their cat, Patches, can sense when his son has low blood sugar. Before he was diagnosed with Type 1 Diabetes, 17-year old Michael Opiela said Patches “would stand at the door meowing and meowing” at him when he entered. After he got his blood sugar level fixed, he says, she just stopped. According to their family pediatrician, Dr. Michael Yafi of the McGovern Medical School at The University of Texas Health Science Center, “animals have very advanced olfactory systems. This olfactory system can sense many hormonal changes in the human body.”

Pudding the cat was rescued from the Door County Humane Society by Amy Jung, a 36-year old Wisconsin resident. She and her son, Ethan, had no intention of adopting a cat. They simply wanted to visit the no-kill shelter and play with some kitties. But as fate would have it, Pudding and Amy felt an instant connection, and she took him home. According to Jung, Pudding was at ease in his new home immediately, showing none of the skittishness that cats normally display the first few days in new surroundings. That night Amy, a diabetic since the age of 4, went to bed around 9:30 p.m., and 90 minutes later began having a diabetic seizure. Pudding immediately leapt into action — jumping on her chest, swatting her face, and biting her nose. She awoke and called out for Ethan. The cat then ran into Ethan’s room and woke him as well. Soon after, he got his mother the help she needed.

Doctors said that if much more time had gone by, Jung could have gone into a coma and perhaps never recovered. “If something or someone hadn’t pulled me out of that [diabetic seizure], I wouldn’t be here,” said Jung. The doctors were so impressed with Pudding’s abilities, they suggested that Jung register him as a therapy animal.

This evidence indicates that not only do cats sense biological changes in their owners, but they seem to have a sixth sense when it comes to noticing behavioral and environmental changes as well. In fact, we are just hitting the tip of the iceberg in terms of our connection to our furry companions.

Next week’s article will detail two cases in which cats have predicted their owner’s heart attack and seizure, respectively.

2 thoughts on “Can Cats Detect Diabetes?”