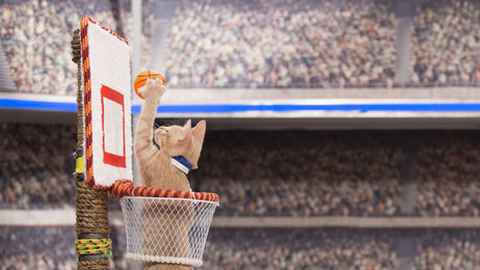 100 unstoppable, adoptable kittens face off in the Hallmark Channel’s “Meow Madness” premiering at 8/7c on Monday, April 3. The basketball world has never seen such prowess in its cat-letes as they pounce their way to “The Final Fur.” 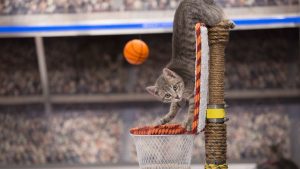 Doodle is known for his crab-walk pump-fake, while Bugsy has garnered much attention for his hang time.

Zoom over to the Hallmark Channel website to read more about the players and announcers and don’t miss the premiere of “Meow Madness” at 8/7c on Monday, April 3, 2017.